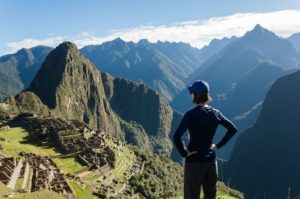 Peru is a South American country which faces the Pacific Ocean. It is much known for its ancient civilization and is home to the world-famous Machu Picchu. It is a favorite tourist destination for travelers looking to take in some beautiful scenery. So before heading out to this gem of a country, read through the top 5 cool things to do when in Peru. 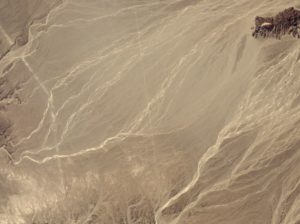 If you are a big fan of ancient aliens, chances are you already know that the Nazca Desert in southern Peru is the Disneyland for the UFO fanatics. Giant geoglyphs were etched in the sands of the desert more than 2000 years ago. A lot of theories are known on who made these giant geoglyphs in the desert and to what purpose does it serve. Only the ancient people of Nazca can answer these, though.

Convento De San Francisco Ossuary
Bones of over 70,000 are laid decoratively in the ossuary beneath the Franciscan Monastery. These bones, mostly skulls, femurs and tibias, which design the catacombs are from the church’s patrons and donors from over the years. The Spanish Baroque style adds to the eerie charm the monastery has to offer. Although the indoor design is very fascinating, the church has a strict “no camera” policy.

Shanay-Timpishka
Have you ever had a nightmare where you swim in a river but all of a sudden the refreshing water changes to a boiling temperature and you can’t get out fast enough? Well, stop dreaming because it can be a real one with the world’s one and only boiling river which is a tributary of the Amazon River. The water can reach up to 100-degree Celsius and can instantly poach an egg and can kill whoever jumps into the water unprepared. 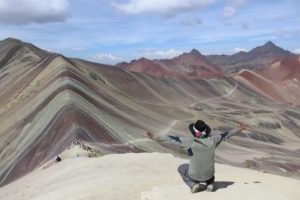 Vinicunca, or also known as Montaña de Siete Colores, stands proudly fitting to its colorful name. This hard to find Rainbow Mountain is located deep into the mountain ranges of the Peruvian Andes. Thanks to the combination of highland and coastal weather plus the mineral rich soil, we now have the beautiful color palette in the mountain slopes. The most seen colors are red, purple, yellow and a tinge of blue. 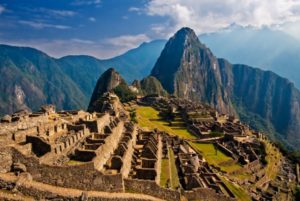 Machu Picchu
Who would not be amazed by the early architectural designs of this ancient city? The intricate stone masonry is way beyond their time, making Machu Picchu a favorite destination for the adventurous spirits. Get drunk in the beautiful landscape of the Andes mountain ranges, and travel back in time while exploring the city of the once-grand Incan civilization.